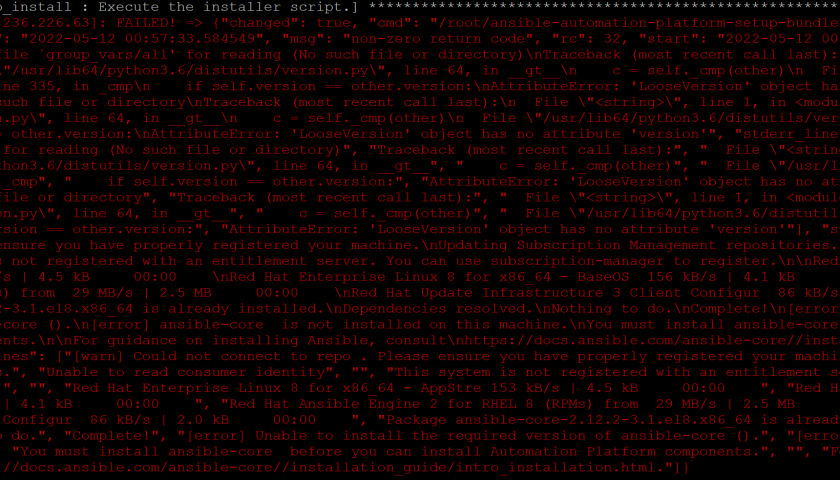 While building an Ansible playbook to install Red Hat Ansible Automation Platform, I stumbled across an interesting issue. I was executing Ansible from the target system (this is not the norm). I am not 100% sure on the cause of the issue but believe it’s something to do with the check from the Red Hat Ansible Automation Platform (RHAAP for short) checking the local Ansible version. And it probably found my version, not its version. Hence the error. Running the RHAAP installer directly (not with Ansible) works.

The error I was getting is:

So commenting out the following lines from the “setup.sh” installer file seems to bypass this check, and continues on as normal.