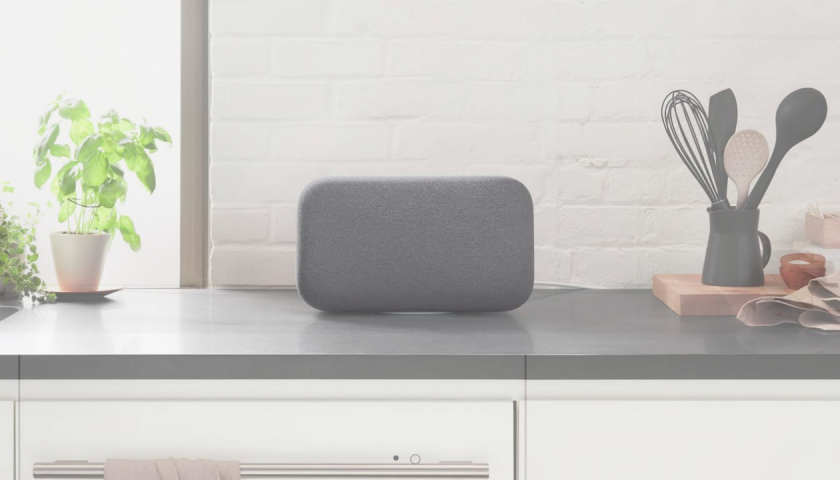 I’ve spent the past week installing, configuring, learning and experimenting with Google Home automation. For the most part it has been an easy exercise but it comes with serious frustrations. The frustrations aren’t to do with limitations in the capabilities but rather in the faults and unexpected behavior (and my lack of understanding of how things are supposed to work).  This article explains those frustrations along with the aspects that i simply love.

We’ll start with the hardware. For my experiment, I’m using the following:

If you’re new to Google Home, make sure you get the process right from the start. Save yourself plenty of trouble. Only a free Gmail account works, not organization or school accounts. Ensure a single WIFI network extends to where the Google Home devices will be located and that all Google Home devices are (when the time comes) joined to that WIFI network. Make sure all devices are powered on. Install the Google Home app on a modern smart-phone (if you have a choice, use Android). And finally use the Google Home app to detect and configure the devices. You will need to be next to each device that you want to configure so it’s one at a time. Some devices will need to get updates prior to completing the installation.

The process of configuring the devices using the Google Home app is simple but not completely coherent. I mean, it’s as though things were originally different and the app (and process, capabilities and features) has progressed with changes to this point. Obviously nothing starts perfect on day one, so perhaps it’s not sensible to raise that as a negative, just life.

From here on, I’ll be discussing my experiences with the Google Home system, both the good and bad. Over time the good will out-weigh the bad for sure. And even now it does. But the bad is pretty frustrating and you only need to google the phrase “why is google home doing xyz” to see other users frustrations.

I am amazed about the accuracy of Google Home’s voice and visual detection. It’s rare that Google Home will not understand me. Even my wife (who has a strong accent) is understood most of the time. The visual detection seems accurate too with the Google Nest Hub Max recognizing me quickly even from a few meters away. Having said that, it only needs to recognize a few people in my family so the process of elimination might be at work here.

The capabilities are nice. There are more and more devices coming online that can link with Google Home. There’s more work to be done here to include non-Google Home devices such as legacy IP cameras but I’m sure there’s a business opportunity there for someone to solve it.  But keeping it positive, the research I’ve done shows plenty to work with to this point. There’s even a solution to including old air-conditioners by using a Google Home device that sends IR signals to an existing air-conditioner control unit (where the remote control would otherwise be pointed) and thus, Google Home can send signals and control the temperature in your home.

Hardly worth a mention but it is fun especially when combined with the next topic “Routines – do this when…”. A “broadcast” is an “all google home device” broadcast. For example, (you) “Hey google, broadcast”, (google) “what would you like to say?”, (you) “Wake up, you’re late for school!”. And your message will be played on all Google Home devices in your home. This can be a lot of run. You can also use the announcement in conjunction with Routines (see below). For example, when I get home and say “Hey google, I’m home”, Google Home announces on all devices “Hey, Andrew’s home, make him a coffee please!”, the TV turns off and the music starts playing my favorite kind of music. Be creative.

You can send broadcasts from your linked-mobile when you’re not at home. However, the reverse (getting announcements on your mobile while away from home) doesn’t work.

You can read more from Google here about announcements.

Routines – do this when…

The Google Home system has Routine’s allowing a per-defined set of steps to be taken on an event. For example, saying “Hey Google, I’m home” will prompt a series of announcements. In my case it announces to all Google Home devices that “Andrew’s Home” and a few party sounds spew from the Google Home speakers around the house.

I’ve found that routines often fail to execute. For example, i have created a routine called “Andrew’s relaxing time” which should put a youtube video on (fire-place), put soft piano music on from youtube music and set the volume to low. However, it kept failing with Google Home saying “Sorry, i can’t help you with that”. It turns out that it can, but the youtube search wasn’t successful and therefore failed. Here’s a tip to solve that. It wasn’t clear which part failed but through trial and error, i worked it out. I’d put this in the Bad section below but this was my mistake more than Google Home’s fault.

This feature is built-in and can be configured to turn off most features of the Google Home devices (selectively) which really helps with managing kids on school nights. The options center around you being able to decide which devices are accessible (will obey you) at which times of which day. You can either configure this via Settings (top level) or through individual devices and include other devices in the same scheme. It’s something you need to try for yourself. It’s good.

The Google Home devices can make Duo outbound calls and receive inbound calls although I haven’t tested inbound yet. In Australia, Telstra is also link-able to Duo allowing carrier-based calls but at this time it’s outbound only. I need to do more testing with this. I love the idea of video calling other Google Home users (friends and family) using the Google Home Nest Hub Max. I’ll write more about this in week two. For now, here’s a good link to using Duo. Tip, make sure your contacts (in your Google Contacts app) are complete with Gmail addresses that they have used when signing up to (enabling) Duo.

The good: it works great. My air conditioner unit (a cheap brand) works great and it beeps when it recognizes a change. It’s also very simple to configure and set up.

The bad: If someone uses the traditional remote control to make a change, I don’t think the Sensibo would know. The result would be inconsistent results. I’ve hidden the remote control so only Google Home can control it.

It’s worth mentioning that my air conditioner has two control panels. The first sets the fan speed and temperature while the second controls which rooms the air blows into. I can only control the first (speed and temperature) but not the room selection. Not the end of the work.

This is where you’ll find yourself visiting “google.com” and asking for help. That’s because not everything works as expected. Here’s my list:

More than one device answers the call “Hey Google”

Often, more than one Google Home device will answer my “Hey Google” statement. And even more frustrating, not each device has the same answer. For example, if i say “Hey Google, what’s the best way to get to work today?”, the Google Home Max (speaker) will give me a sensible answer while the Google Home Nest Hub will tell me it doesn’t have an answer for that yet, but that it’s learning. Seriously, how can two devices, on the same WIFI network, using the same Google account (my Gmail account) have different answers? Apparently the Google Home systems is “supposed” to answer only on the nearest Google Home device but will likely listen on all of them that are with sound range. Sometimes yes, sometimes no. Here’s a link to a Google forum tacking this topic of multiple devices answering at the same time – one that I’ve participated in.

The only theory I have is that some devices are slower to check if others have already answered. There’s surely a protocol used to prevent them talking to each other, etc. I’d imagine that if that process fails, those devices that couldn’t verify a previous answer would go ahead and answer. Just a theory.

Audio Groups – Not everything we need

The Google Home can link devices together so you can say “Hey Google, play music down stairs” and multiple down-stairs devices can start playing that music. That works great. However, one might expect the TV (Chrome Cast) can be linked to the Google Home Max (speaker) to output great sound for movie nights. But that doesn’t work. It’s for music to the devices only, not for movies from a Chrome Cast. One day it might and I’d go out and by more Max’s when it works.

The Google Home Max (speaker) does support audio-in so this isn’t a complete disaster. Theoretically you could output from the TV to a single or left/right speaker set.

The Kids. There are ways to have kids treated differently but that’s all over the place. There’s a cross-over between Google Home and Google Family Link which isn’t quite clear. And the process of getting your kid’s devices working with Google Family is not easy. The process required installing an app called Google Family Link Kids and Teenagers which (as far as I can see) doesn’t exist for iPhones – at least, not in Australia or not when i search (try yourself). I’m only partially upset about this because it’s a Google thing and Android is the best option here. I hope it’s just be getting confused. The Google Family for Adults app (used to manage the family) is in the App Store though.

Security. I’ve put that here in the Bad section because I have no idea how secure it is. Do I trust Google, yes. Are they trustworthy, I have no idea. Would I take part in the class-action against Google if they were found to be negligent with my data an privacy? Not sure. We can only hope they’re doing the best to maintain security. I’m not overly confident they will though. If businesses relied on Google Home, I’m sure Google would put effort into security. But it’s a personal thing – something we get largely for free. Hence my skepticism. I can only hope reputation is enough to encourage Google to take security of this stuff seriously.

It’s not just Google we need to be concerned with. There are third party hardware/service suppliers such as Sensibo (I’m using them for my air conditioner) who need to do their part too.

Camera on another app

The Nest Camera features. This is a negative – not because it doesn’t work ( it works great) but because it seems to partially work with Google Home app and partially with the Nest app. Two apps for one feature. Google owns Nest so i presume, over time, things will become more inclusive.

Here’s my list of troubleshooting steps and considerations. I don’t have all the answers (honestly, i don’t think Google does either) but at least you’ll save some time here:

I will keep using the Google Home system until there’s serious reason not to. So far the good has outweighed the bad. I’d like to say the Bad (list above) will be fixed in time but those issues have apparently existed for 3 years now. My hopes are unrealistically high.

Where to from here? I’m not sure yet but we’ve got plenty of options.