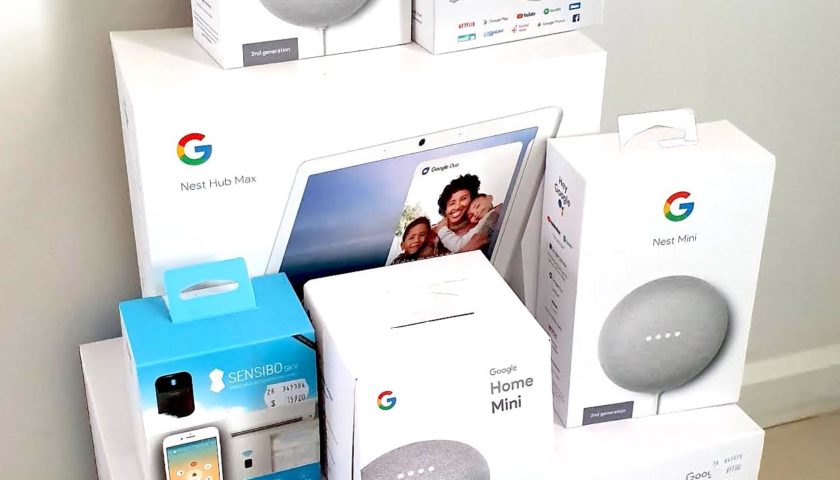 This article discussed my experiences with the Google Home WIFI Router. Specifically, my experience trying to get multiple access points working on the same network in Bridge mode rather than NAT mode. The documentation states that a Google Home Router can’t be in Bridge mode and work with additional access points. But it doesn’t say you can’t use multiple routers (which are access points). In fact, there is documentation that states you can. This article explores this situation.

A little clarification first. I’ll refer to the Google Home Router appliance as the Router. And the Google Home WIFI Points as APs. Routers are also APs but APs are not routers. The APs have no Ethernet and are mesh only (link to other APs using WIFI). In this article, we’re not using any APs, only routers. I have a router (which i refer to as the Core Router) that does the PPPoE authentication which connects to the ISP.

Tip, if you cant switch into bridge mode, it might be because you have access points attached. Remove them first (using the Google Home app) and then try.

Ok, this could just be poor use of terms but we’re not using a modem at all. My theory at this point is that the router can be configured for PPPoE and therefore the error is right, two routers can’t be connected to the same modem if the routers are doing the authentication. But that’s not the case in my situation. So the error is not about authentication or getting a public IP address (because both Router does get a DHCP address from the Core Router.

So I configured a second subnet on the Core Router. Then I attached the second Router to the new subnet. I got the same error – you can’t have two Routers on the same network. 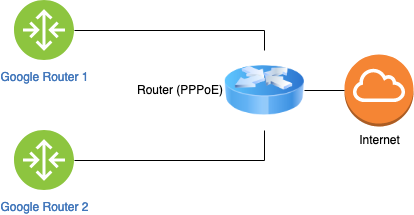 So I tuned off the first Router and got the same error.

This just doesn’t seem right. The error doesn’t match the situation. I went all out at this point and started packet dumping on the Core Router to see if the second Router was actually able to find the first. It was not. There was no traffic between the two.

My theory is that in order to get the second router working, the first needs to be removed from the Google Home app. And it is not possible to have multiple Google routers on the same Google Home app “Home”. I hope I am wrong.