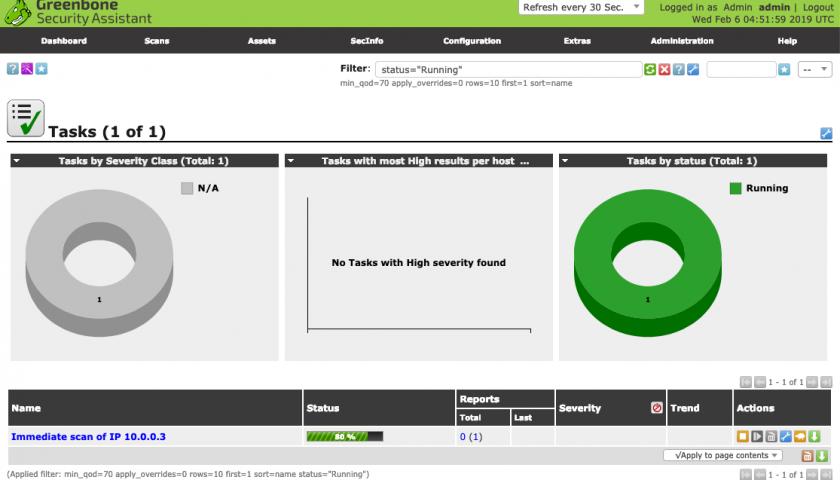 This article explains how to install OpenVAS on Kali Linux. The difference between this method and others is the switch from “openvas” to “gvm” for naming/marketing. As you might have seen, I’ve written several articles on installing and using OpenVAS on CentOS. Don’t do it. Don’t go through the pain needed to get OpenVAS working stably on CentOS or anything RPM based. Skip it and use Kali Linux. Don’t get me wrong, I prefer CentOS/Fedora/RHEL for everything else, but not OpenVAS. Having just installed Kali Linux, do the following:

Now run the setup program. Go have a coffee because this takes a long time – even with a good Internet connection:

Open the firewall allowing remote access to your new OpenVAS installation/server. Obviously this is optional and assumes you’re using your OpenVAS system as a “server” on some remote system as apposed to on your local workstation.

Start using OpenVAS as you normally would.