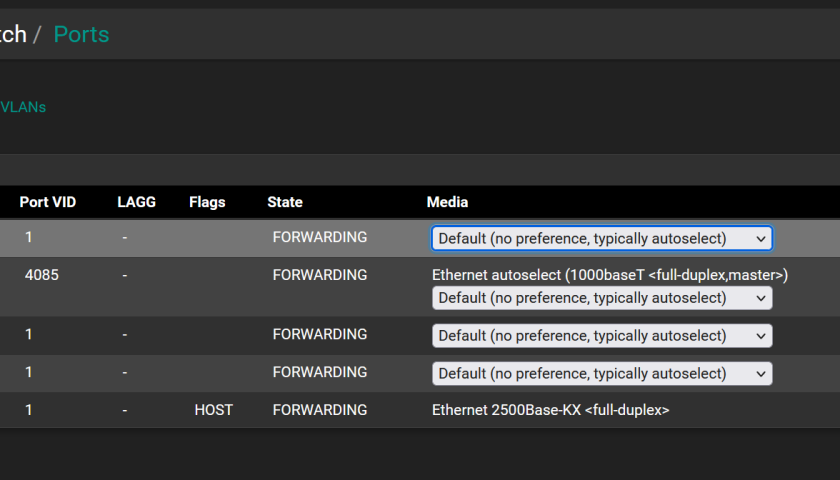 This article discussed the Netgate 2100 VLAN capabilities. We’re not trunking in this article, we’re simply spinning of a single switch-port as a discrete port. Ie, we’ll have one of the 4 switch-ports on a different VLAN.

This article “https://docs.netgate.com/pfsense/en/latest/solutions/netgate-2100/switch-overview.html” from Netgate is correct, but:

But having said all that, no one else is complaining about this so it could be just me. I’ve experienced similar on the Netgate 3100. Both devices come with 802.1q disabled. So there’s a good chance that I’m treating these devices like the upper-end models which may be incorrect.

I ended up with:

The remainder of this article are a reflection of my settings.

IMPORTANT: I’m keeping switch-port 1 on the default VLAN and therefore using it as my connection between my workstation and the Netgate 2100. This is important because otherwise there’s a good chance I’ll kick myself off the Netgate 2100.

Note: I’ve configured pfBlockerNG as you can see in the firewall settings. You can ignore that.

Create the new VLAN. Here I’m using VLAN ID 4085. I chose that number because the third octet in the IP address will be a 5 for my new VLAN. This number scheme isn’t important.

Set the un-tagged inbound frame assignments. Here we’re saying that anything not assigned to a VLAN coming inon switch-port 2 will be assigned to the “4085” VLAN.

Now make sure the firewall rules are correct. Here we are allowing everything through.

This is the first (default VLAN 1) VLAN interface.

Now make sure the interfaces have the correct IP addresses.

This is the default VLAN (VLAN 1).

Now make sure DHCP is enabled (or not). 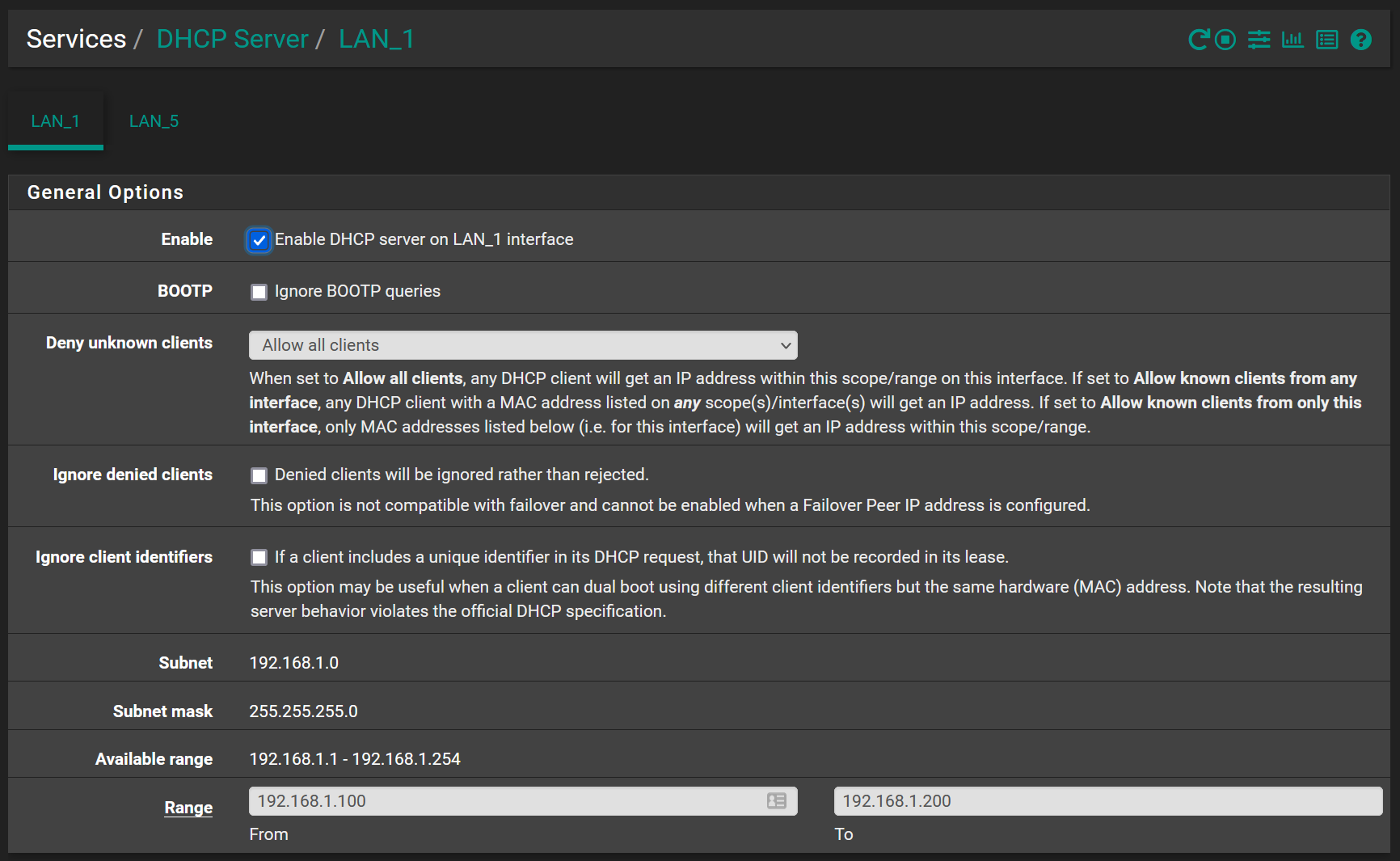 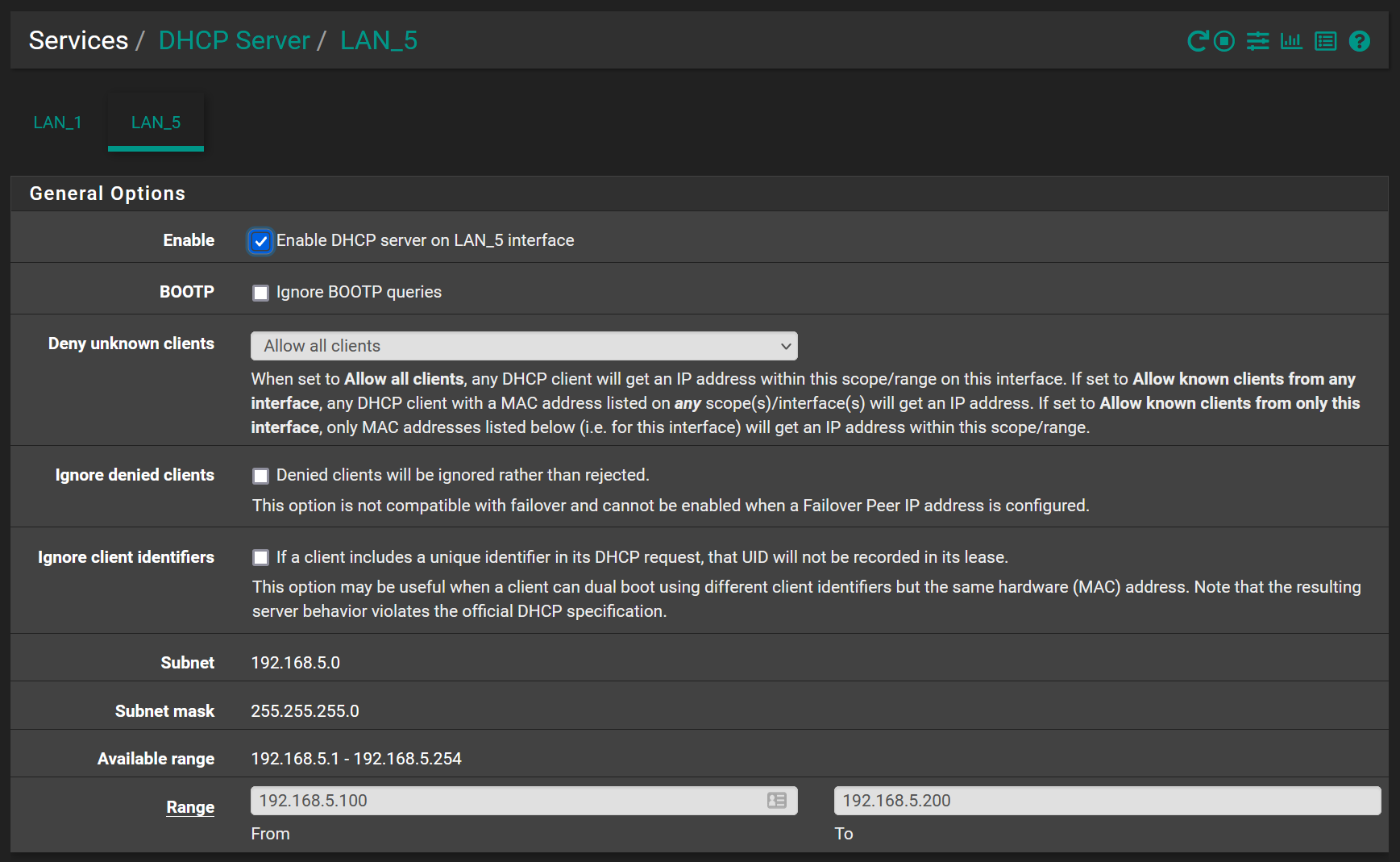